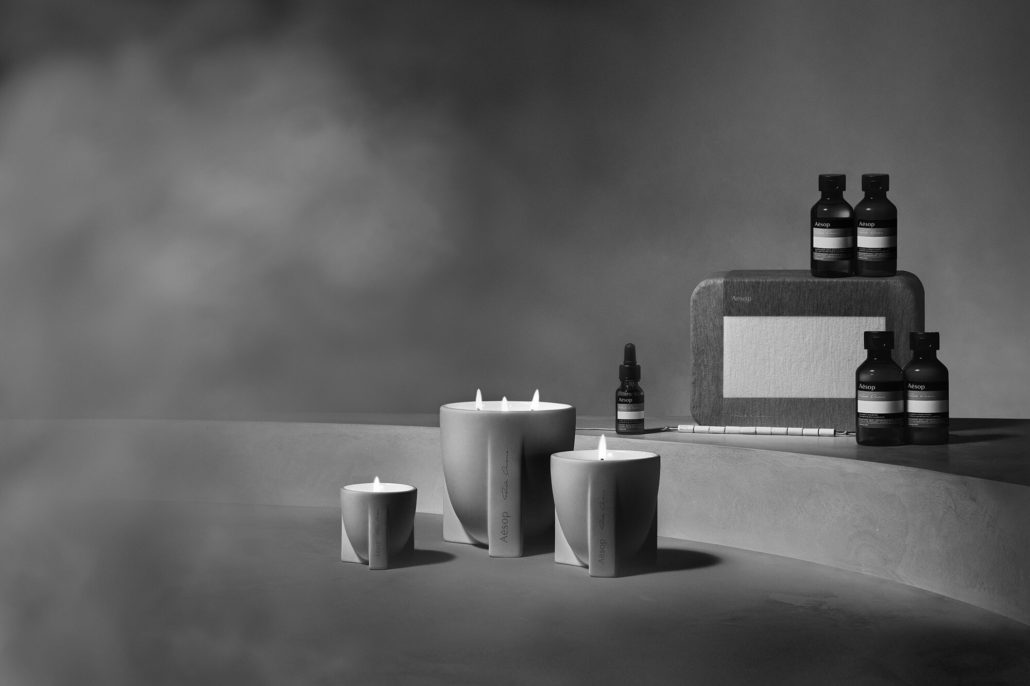 If you are an avid reader of this magazine, you probably know that for us Aesop x Rick Owens is a match made in heaven. We first noticed Aesop in Owens’s showroom and his house years ago. Later he has publicly expressed affinity for the brand. It is no wonder that this has finally come together. That a universe-building auteur like Owens has never ventured into the olfactory has always perplexed us, and thus we have eagerly anticipated this release.

“I am not sure if it was my body responding positively to the alchemy of the unguents they produce or my head responding to the quiet and gentle aesthetics of their ethos as a company, but Aesop’s balms represented a soothing mood that I wanted to continue seamlessly throughout my home life and my travel life,” said Owens in the press release that accompanies the collab.
And so, out yesterday, you have a candle (in three sizes) and a travel kit consisting of body and hair products that Owens favors – Coriander Seed Body Cleanser, Resolute Hydrating Body Balm, Classic Shampoo and Classic Conditioner – for those of you Owens freaks out there, now you know what the man uses personally. But perhaps of more interest, the kit also contains an eau de toilette that you are supposed to spray on the ceramic beads (don’t get any ideas) that also come with the kit. There is also a white light organic cotton jersey headband with the signature Owens’s two stripes and two logos, though to be honest it seems a bit superfluous.

We’ve got our hands on the candle (which we duly paid for), and it smells fab. The patchouli-bound scent, developed with Aesop’s in-house perfumer Barnabé Fillion, also has notes of black pepper, coriander seed, and frankincense. The scent is both very Owens in its earthiness and very Aesop in its subtlety, a paradoxical mix of ostentatiousness and tact that Owens has become a master of.

The ceramic vessel of the candle is an object in itself, inspired by the sculptures of Constantine Brancusi (obviously) and Hans Arp (more surprisingly but not unexpected),  and if you consider it worth keeping, which you should, we advise to splurge on the largest size, and then make a small vase out of it.

Last but not least, each purchase comes with a co-branded white Aesop X Rick Owens tote. We can’t wait to see those sported on the streets of major cities.

All products are available on aesop.com and rickowens.eu and in select stores. To save you the guessing game, we’ve put together a guide to Aesop boutiques in the United States that carry the range. Candles start at $45 and the travel kit is $190. 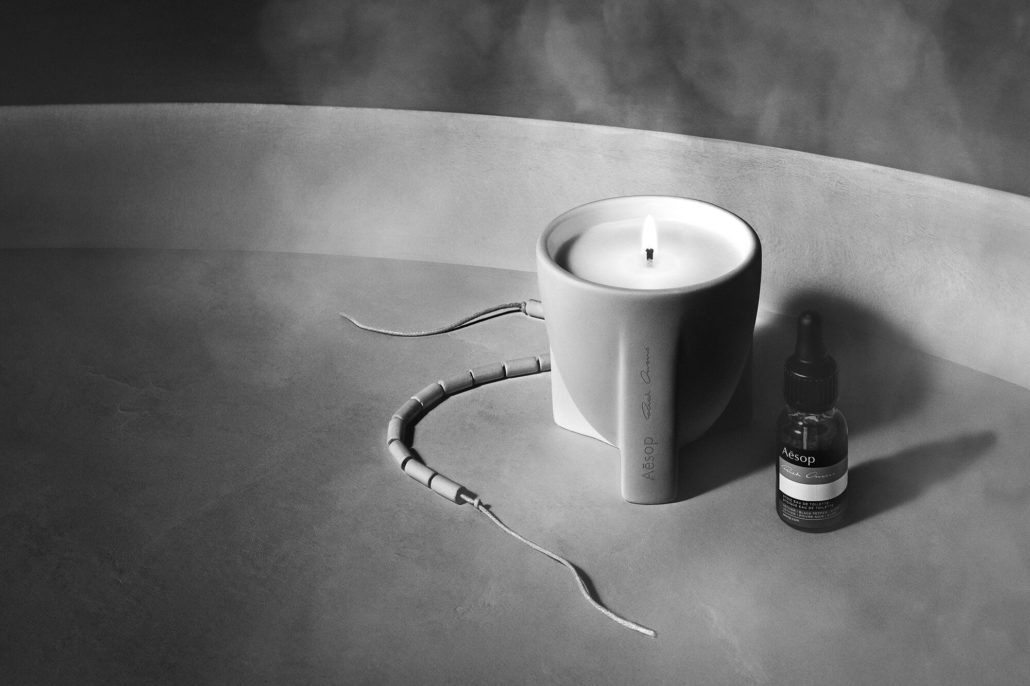 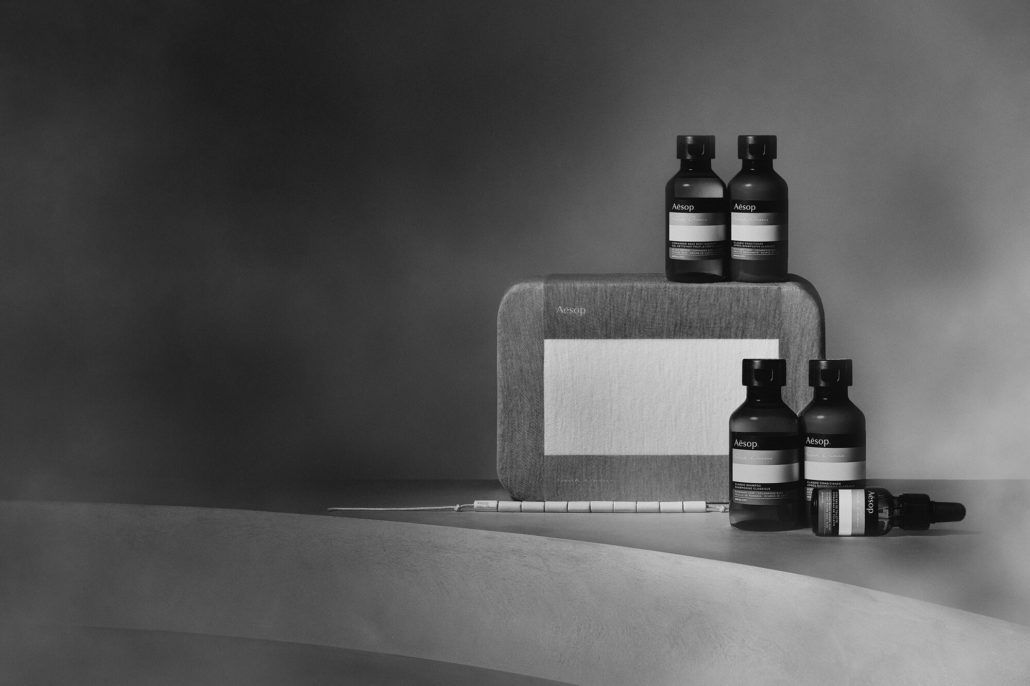