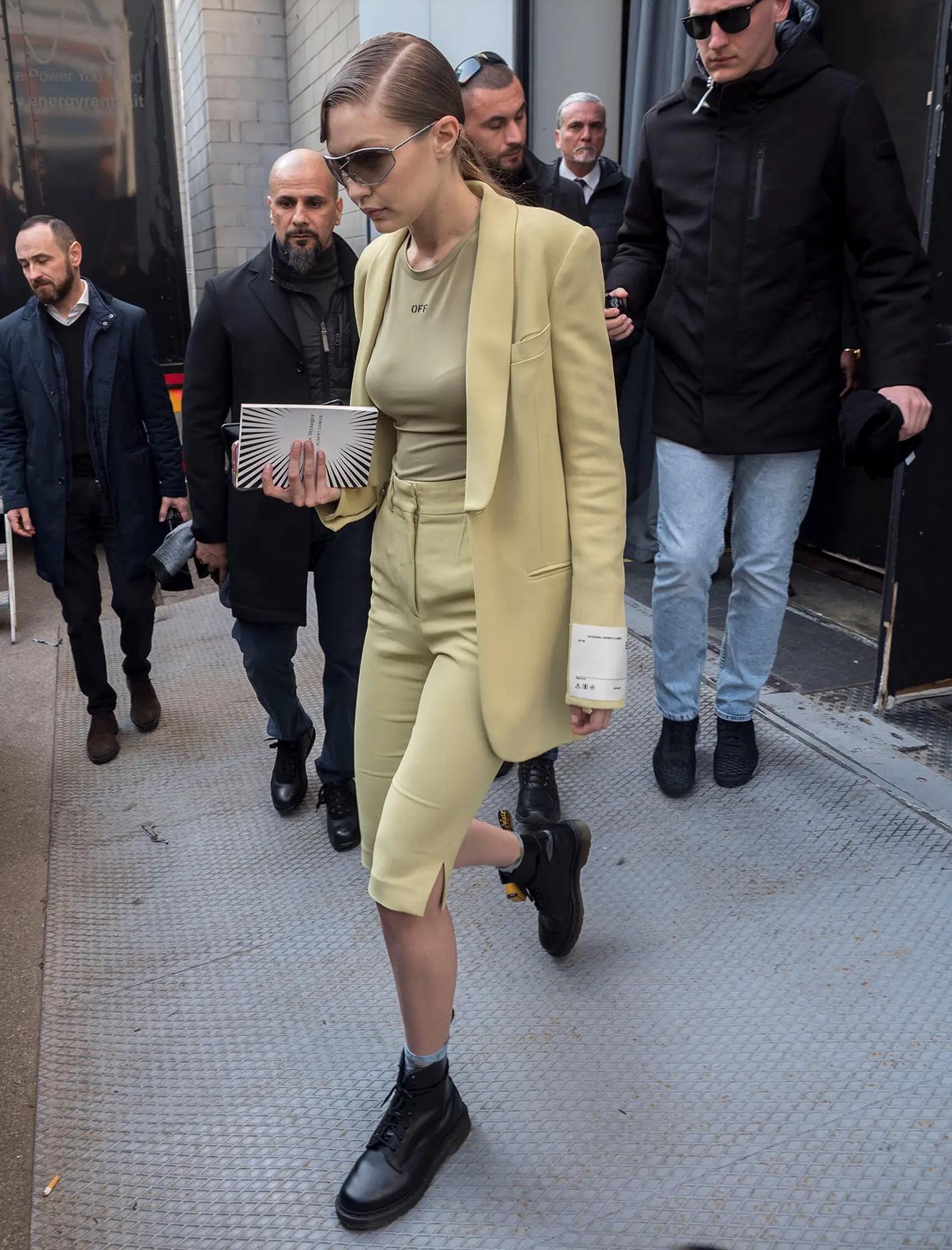 In his 1967 classic critique of late capitalist society, “Society of the Spectacle,” the French philosopher Guy Debord posited that the West has reached a new stage of relations between commodities and people. Whereas before the laboring classes were alienated by capitalism from the product of their labor, now they were also alienated by it from their entire lives, from their surroundings, and, perhaps most importantly, from each other. He posited that during early capitalism the process of alienation occurred only during the workday. Once the factory lights were out the worker could at least go home and engage in his or her communal life. Now, however, leisure time became completely monopolized by what he called “the spectacle,” a mode of life in which fetishization of commodities, both tangible and intangible, has “moved the focus of existence… from having to appearing.” If that sounds like Instagram to you, you are not wrong.

Fetishization of commodities, according to Marx, of whom Debord was a student, generally happens when we substitute “exchange value” of commodities for “use value.” Translation for our purposes – when you buy that jacket in order to flex on Instagram so others can envy you and so you can subsequently resell it instead of wearing it in your daily life, you are substituting that jacket’s exchange value for use value. You engage in the aforementioned shift from having to appearing, thus alienating yourself from your everyday existence by not engaging in an authentic relationship with your surroundings, including that jacket. And as you get used to this mode of life, your relationships with people take on the same transactional, inauthentic quality as your relationships to your possessions. We commoditize people – from celebrities to friends to lovers.

It is not an understatement to say that fashion plays a major role in fetishization of products and the creation of society of the spectacle. It has a long and venerable tradition of conspicuous and aspirational consumption, which has mostly to with appearances, and from decoupling aesthetics from substance. But it used to have limits, and books were one of them. Whether it was because of an innate fear of ridicule or out of simply not caring, fashion has largely stayed away from books. This is no longer the case.

When in 2015 Phoebe Philo put the author Joan Didion in an ad, it became a major media moment usually reserved for celebrities at the Oscars. Didion must have been a strategic choice – over the last few decades she has become the sacred cow of American culture. Her accessible writing is approved by everyone from the serious reader to the woke to the girl who works at the Cut – the kind of respectable but ultimately unchallenging reading everyone can safely praise. Perhaps that she started her career at Vogue was another level of fashion appeal. Whatever the reason, it caused much oohing and aahing in the fashion world.

Still, in 2015 such fashionable bookishness was an anomaly. Recently, however, fashion has intensified the attack. First it was Kim Jones at Dior, who for his F/W ’22 show rolled out the red carpet for, or rather made the red carpet out of, Jack Kerouac’s beatnik classic, On the Road. I am not sure how it would have looked to Kerouac, were he alive, to see models trampling his words with their expensive sneakers from a French luxury brand; it certainly made me cringe. Of course, the show received universal applause and fashion got to pat itself on the back for signaling its intellectual pretensions. Again, the choice of Kerouac seemed strategic – he is another author whose mythology has far outpaced his literary talent, and whose writing satisfies the same requirements as Didion. And just in case you tried to erase that show from your memory, Jones has made sure to remind us of his literary leanings with the advertising campaign using Kerouac’s text about impoverished vagabonding as background for selling expensive clothes. 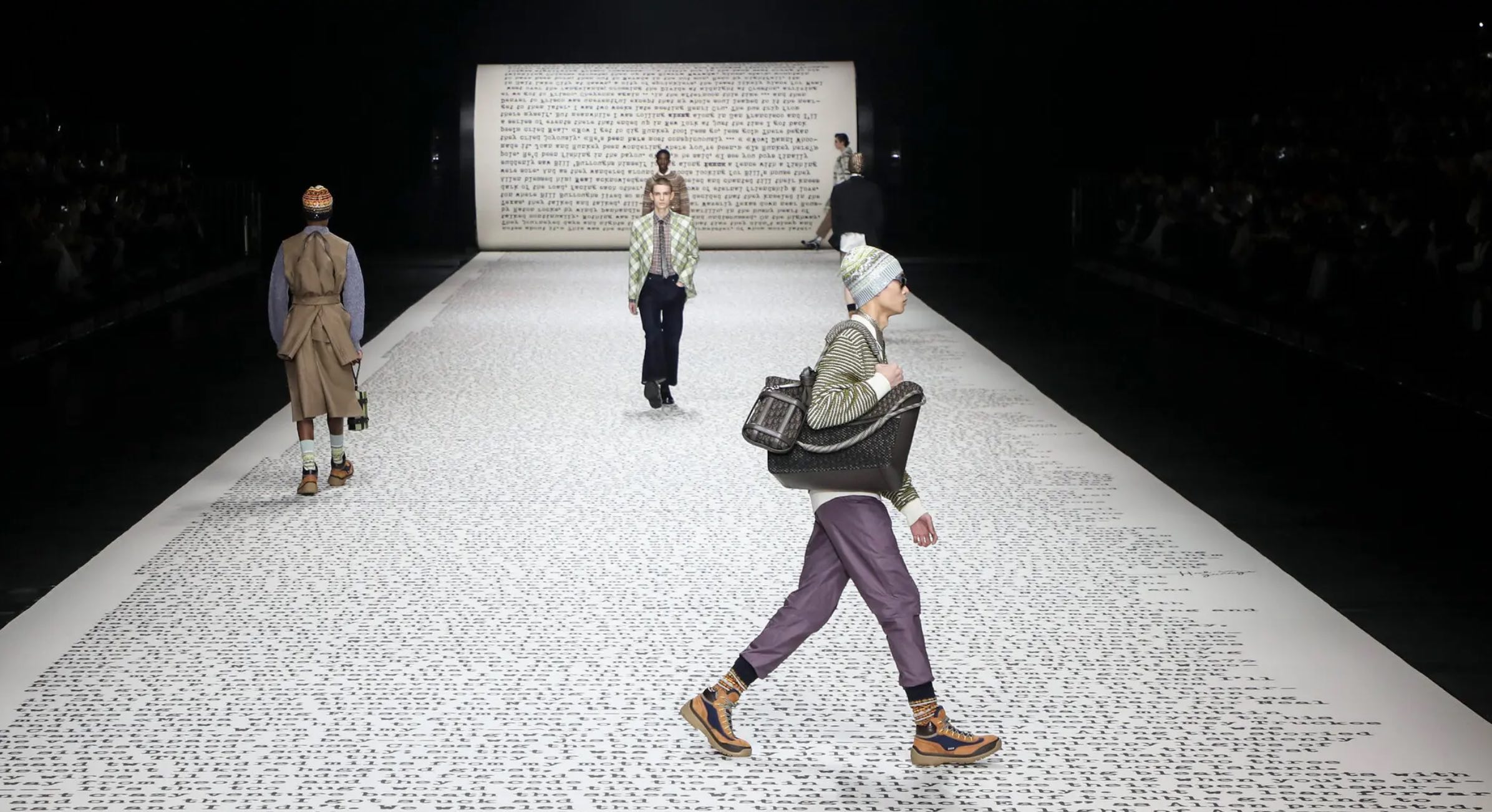 Then came Valentino, which at the end of March teamed up with Manhattan’s hipster favorite bookstore, McNally Jackson (a store I am also partial to) to present the second isntallment of something called The Narratives II, an advertising campaign billed as one “to promote literature” by such luminaries as Emily Ratajkowski, whom I suppose they can’t wait to install as the Didion of our time. (Editor’s note: after the publication of this article, the Valentino PR reached out to us to correct the record – Narratives I, the first such campaign, occurred in April of 2021, predating Dior’s Kerouac show). The reading list was curated by Belletrist, a book recommendation Instagram account curated by the “creative consultant” Karah Preiss. Preiss was recently profiled by the New York Times, where she said such illuminating things as, “The bottom line for publishers is not ‘Did your book get read?’ It’s ‘Did your book sell?’” and “Those who argue that an influencer holding books is bad for books are stupid.”

She was referring to a newfound penchant by the famously vapid to be photographed with books. These include celebrity models Kendall Jenner shot on a boat reading a heavily Post-It-noted copy of Chelsea Hodson’s “Tonight I’m Someone Else,” and Gigi Hadid, who was photographed leaving a fashion show holding a copy of Alber Camus’s “The Stranger” carefully pitched at an angle clearly visible to the cameras. Preiss defended this absurd, made-for-Instagram circus, thus, “I think if you spoke to any writer, they would prefer to have Kendall and Gigi reading their book than not.” Really? Because the question remains whether they actually read those books, not to mention that speaking on behalf of all writers is quite a bold task. Now I don’t know about Hodson, but I’m quite confident about what Camus would say. Though I admire Hadid’s genius of concentration – I’m a fairly avid reader of serious literature, but no way in hell would I be able to concentrate on an existentialist masterpiece such as The Stranger before a fashion show.

Still, with her dismissive, passive-aggressive comments Preiss has brought us back full circle to Debord, with his fetishization of objects and the primacy of appearing versus having. The fact that she did not even pretend to have a modicum of integrity was all the proof that literature has also been absorbed by society of the spectacle.

Why does this one cuts close to the bone? Because literature has been one of the few sacred realms of our culture that have largely been spared debasement. Let me be clear lest you accuse me of being naive – I understand that publishing has become an industry just like many others, and I know that rich people have been using books as decoration for ages, etc., etc. And yet, one cannot argue that books are the most precious artifacts of our civilization.

One of the several antidotes that Debord has proposed for dealing with the pervasive and omnipresent society of the spectacle is to opt out of this way of living. And he thought that reading deeply and engagingly is one of the avenues for opting out. Today, instead of reading, we make books into props. I still think that fashion is at its best when it interacts with other cultural disciplines. It is also at its worst when it makes a mockery of them.