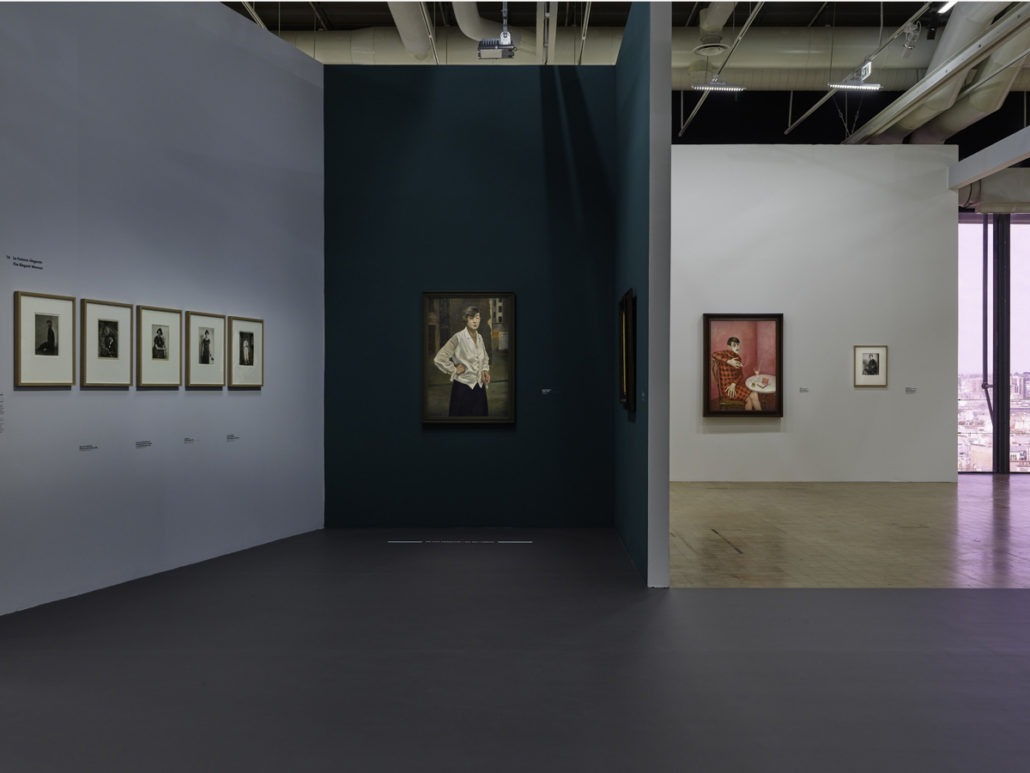 If you find yourself in Paris in the next two months, a stop at Centre Pompidou to see its current exhibit on Germany’s New Objectivity art movement is a must. The show offers an expansive view of the movement that arose in post-World War I Germany. That the exhibit is on view at a major French museum should not escape your attention. France was the main beneficiary of the extortionate peace deal that brought the country to its knees and ultimately bore partial responsibility for the rise of Nazism.

But in the ‘20s Nazism was still far away. But an air of prudence and practicality was not, and neither was the sense of dismay and anger at the horrors inflicted by the war.

The Pompidou exhibit (I will skip its torturously long name and just call it that) throws this into relief as sharp as August Sander’s photographs that serve as its backbone. Sander was a champion of objectivity. For him the camera was an instrument of record, impartial and unwavering, as opposed to a more modern replacement of a romantic painter’s brush. Sander recorded everyone with the same dispassionate eye – workers and artists, tradesmen and the bourgeoisie, Nazis and their Jewish victims, those in rude health and the physically and mentally disabled. It is important to note here that dispassionate does not mean cold, and Sander’s photos can invoke an entire scope of emotions. While Sander supported himself and his family as a commercial photographer, his artistic project was vastly ambitious in  scope, as evidenced by its name, People of the 20th Century. His aim was to make a record of the vast variety of persons, highlighting their personhood and suspending judgement, perhaps the most formidable task for any human being. The numerous photos from that project on display feature in every episode of the multi-chapter narrative that the exhibit is structured around. 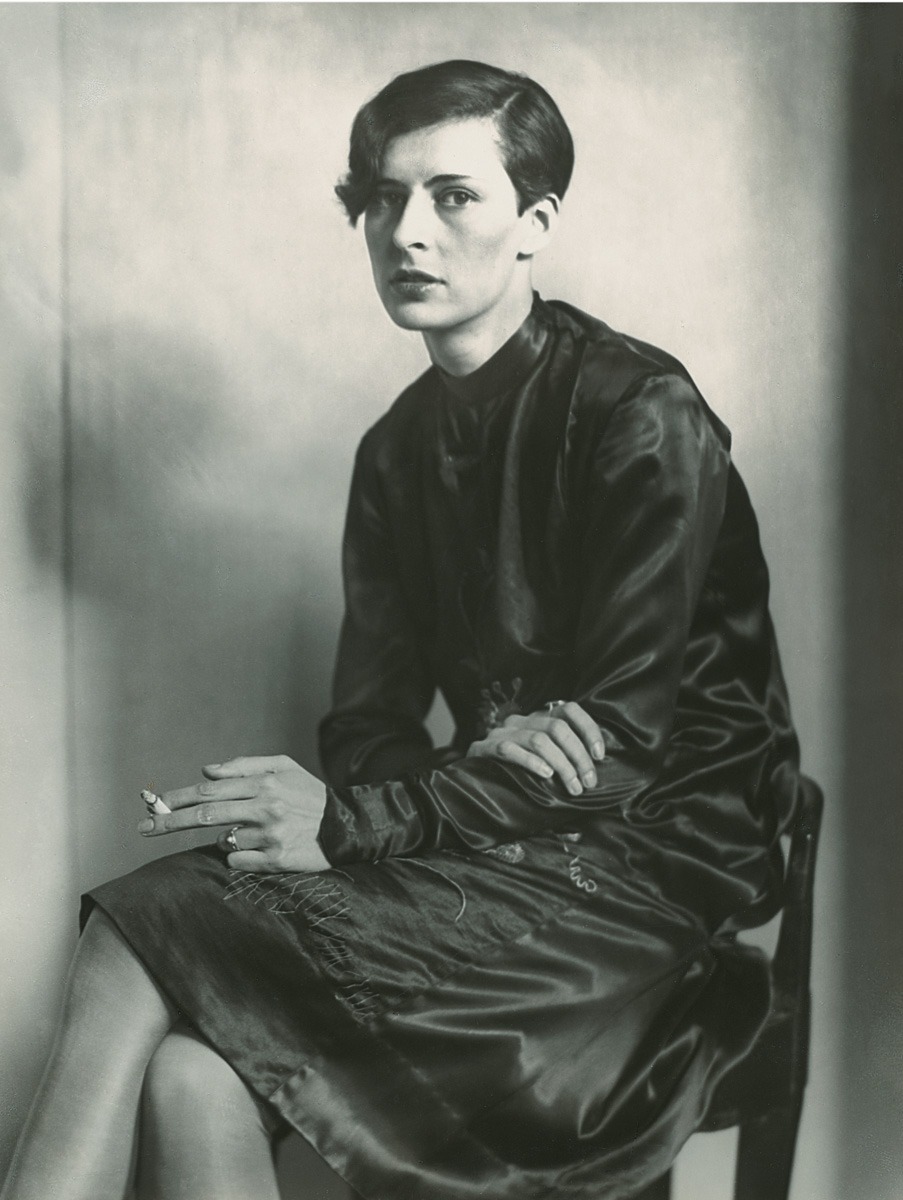 These chapters tackle certain themes, such as Standardization, Utility, Rationality, Montage, and so on. Of these, unsurprisingly, Transgressions, which highlights sexual practices, especially queer ones, is one of the most powerful.

There are various noteworthy works on display by painters like George Grosz and Hanna Hoch. Though inevitably they are overshadowed by another German master, Otto Dix, who holds sway over the entire exhibit. His mesmerizing, masterful paintings show everyone and everything, from power lesbians to S&M clubs. Of these, I was most impressed by the study for a triptych (the finished work was too fragile to travel from a Stuttgart museum) called Metropolis from 1927-28. The study was in the Montage chapter, but it may as well have been put in Transgressions. In its center panel a jazz nightclub is depicted, with the elite dancing in all its decadent depraved glory, while the side panels show the disabled, impoverished war veterans forced to beg in the street while the revelers pass them by without so much as a glance.

Another powerful work of Dix is his “Portrait of the journalist Sylvia von Harden” from 1926. In it the press dame, confident and world-weary, sits at a bistro table, the requisite cocktail and cigarette in hand. 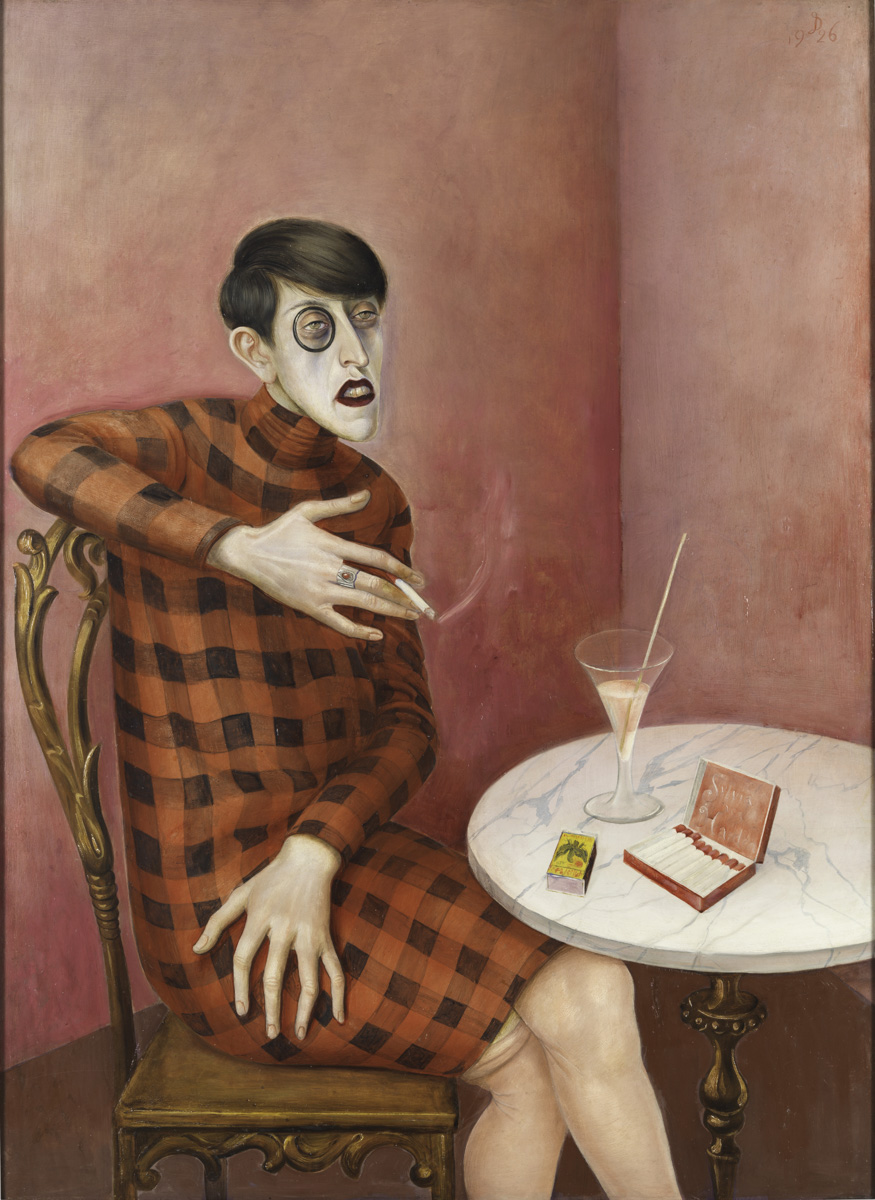 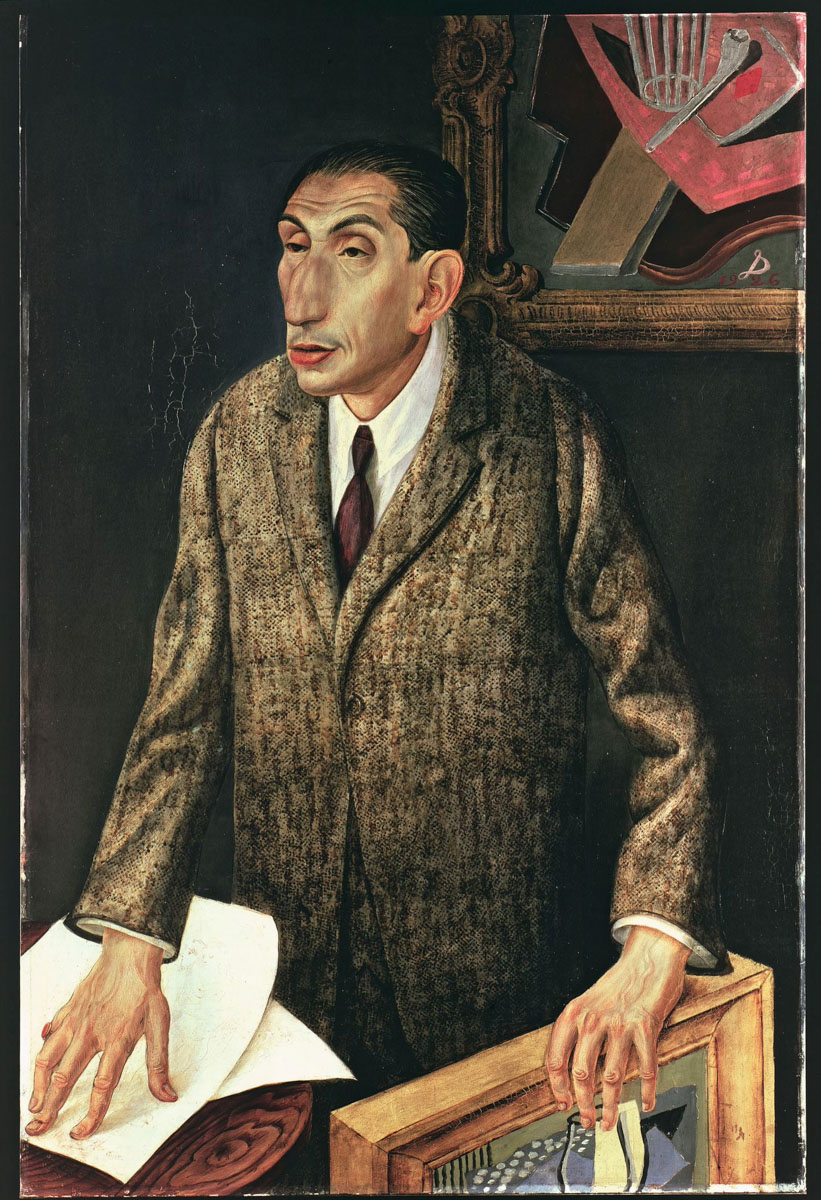 As you go through it, the exhibit inexorably draws you to Germany’s dark imminent future that would begin in a few short years. It ends with Sander’s photos of the Nazis juxtaposed against those of their Jewish victims. Though this is technically temporal cheating – the photos were taken in the late 1930s – it is warranted because that period is impossible to ignore. The last artifact in the exhibit is a mask of the face of Sander’s elder son Erich, who died in a Nazi prison. It is as poignant of a picture as one can be. 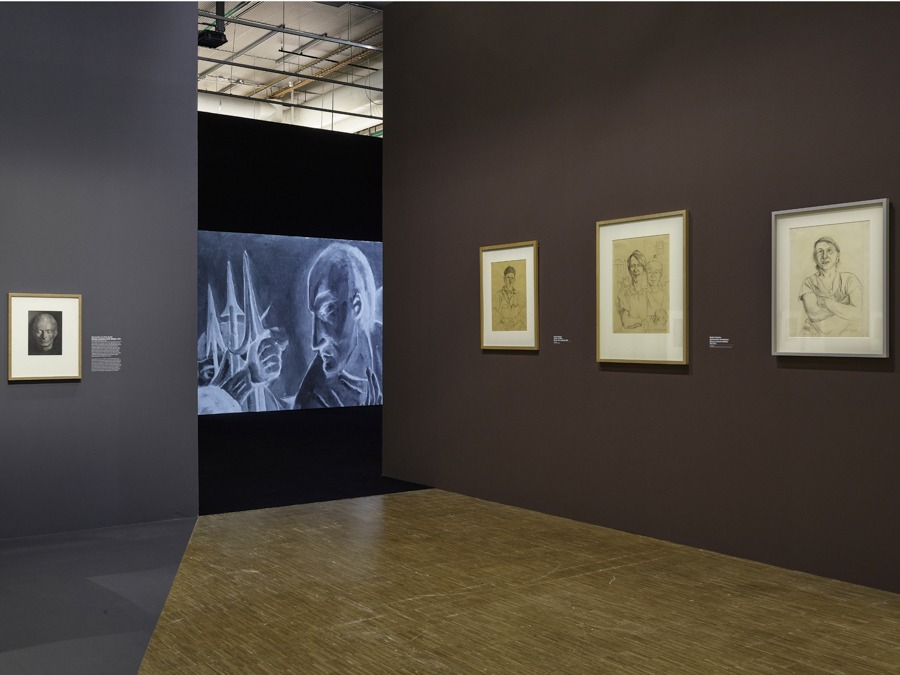