Dries Van Noten: The Man Who Played with Color 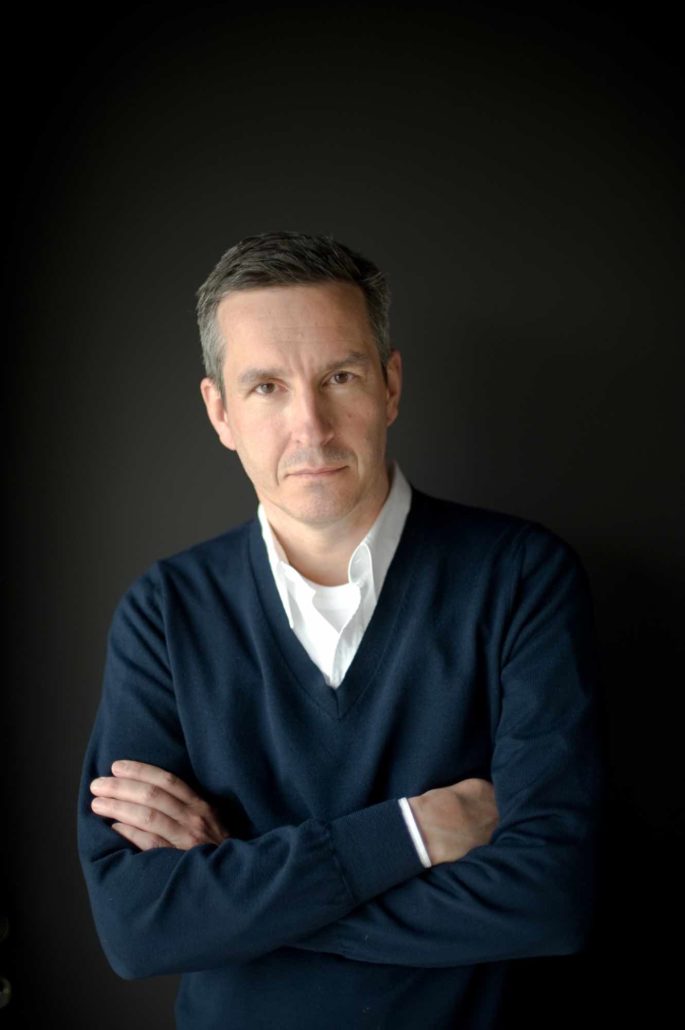 This article was originally published in the Haaretz Daily Newspaper in 2011.

On the recent evening during the men’s show of the Belgian designer Dries Van Noten, a crowd bustled outside the show venue, the small Musee Bourdelle, tucked away in a side street near Montparnasse train station in Paris. Outside, the desperate hangers-on were held back by the implacable PR watchdogs, while inside the buyers and the press were trying to squeeze into the tiny Great Hall, where the most prominent statues of Antoine Bourdelle, who was one of the most prolific student’s of Rodin, stood.

After a game of musical chairs (if this can be said about jostling to find a standing spot), I finally tucked myself next to a statue and prayed to heaven that no one would stand in front of me. The people next to me were passing time in anticipation of the show by taking hits from a small metal flask. Despite being spatially challenged, the marbled hall had a ceremonial atmosphere.

One of the challenges of putting on a good show in Paris (or anywhere, for that matter) is finding the venue that complements the clothes. As the show stared and the young models descended the stairs in their double-breasted English suits with strong shoulders, at times trimmed with fur, and full-leg trousers, I understood why we had to endure this claustrophobia – the Duke of Windsor himself would not be ashamed to be on that catwalk.

“I was not planning to use this as a venue,” Van Noten told me the next day, “but when I saw it, I said, ‘This is it.’ I wasn’t even interested in seeing other options. I really wanted to have something heroic and this was perfect. The architectural atmosphere of the space, the huge white cube and the horse statue – it all looked unreal. It showed the glamorous and the military side of the collection. The military precision that I wanted to reflect was also present in the space.”

The military elements in this collection were distinctly van Noten’s – his models were not the soldiers in black combat boots and cargo pants – a by now trendy look. The elegance of their clothes with heavy gold embroidery harked back to the officer uniforms of the nineteenth century. “Military is always there in menswear, in one way or another,” said van Noten. “In menswear I always refer to traditional things, and military is one of them.”

This respect for tradition can also be found in his new men’s store in Paris, where we met for a brief conversation over a plate of macaroons. Located on the left bank of Seine, opposite the Louvre, the boutique is an exercise in reverence.

Van Noten and his design team worked painstakingly to preserve the original lacquer of the 1970s interior of this former primitive art gallery. “We had to redo quite a lot of it, because there were offices in the back,” said he. “We found a manufacturer in Belgium who could still do this kind of work. Ten layers of orange paint had to be applied underneath the lacquer to get the same color.”

This is the fifth van Noten shop in the world, besides the women’s one next door, the flagships in Hong Kong and Tokyo, and the original boutique in Antwerp. The Antwerp store is one of the most elegant shops I have ever been to. “It’s quite rare to find an old shop space in Antwerp,” said van Noten. “This was the only store where all the original interior was in place. In the 1950s the ceilings were lowered in the space, so we had to restore everything to its original condition.”

Despite living and working in Antwerp, Van Noten feels equally at home in Paris. “I love the city, and I love this particular spot. You look outside and you see the river, you see the Louvre, and I think it’s a magical place to be.“ The vibe of the men’s store was quite dandyish, and I thought that Oscar Wilde wouldn’t feel out of place here. In addition to van Noten’s own collection, the front room of the store houses shaving products by the traditional English barber Geo F. Trumper. “It’s a way of showing my respect for tradition,” sad Van Noten. “I am not nostalgic, but I have enormous respect for the skills and craftsmanship of the old time, which is something I try to incorporate in my collections.”

Van Noten comes from a sartorial family. His grandfather worked as a “retourner” in the 1920s. Men who had worn out their suits would come to his atelier, where he would take the garments apart, turn the fabric inside out, and put them back together. Having made a bit of money, in the 1930s he became the first Antwerp based producer of ready-made garments for men. Van Noten’s father had a luxury clothing store in Antwerp, and so it was natural for his young son to enroll into the fashion program at the Antwerp Royal Academy of Fine Arts. Upon graduation, Van Noten was one of the six young designers who took their clothes to the London fashion week in 1986, and who forever went down in fashion history as the Antwerp Six.

Van Noten is most famous for the combinations of colors that permeate his clothes, especially in his women’s line. Whether subtle or obvious, they have an arresting quality, as if a rainbow exploded and spilled its contents onto fabric just so. His keen eye for color is probably unrivaled in the fashion industry, but he underplays his talent with a typical Flemish modesty. “You just start to work on it, sometimes it just happens,” Van Noten said, “but not always. I love color, I like to play with colors, I like to create tension, unexpected things with color. I also love to garden, so maybe it has something to do with that as well.”

Besides gardening, Van Noten is also an avid art buyer, although he hates the word “collector.” “A collector is someone who collects a certain artist – I just buy what I like,” said he. Indeed, out of the several art works from his own collection lined the walls, a painting by Van Dijk sat in an unexpected harmony with an old Japanese calligraphy print.

Despite achieving renown, Van Noten keeps a low profile. I asked him if he travels a lot, because the color patterns in his clothes sometimes resemble those found in traditional Middle Eastern dress, and his beautiful scarves are often decorated by Indian craftsmen. “In fashion you can travel as much as you want, you can go to all the big cities,” said he. “But I am also a very hands-on designer. I like to stay in the studio and work with my team on all the fabrics, all the colors.” After a brief pause he added, “Actually it’s the part of my job that I enjoy most.”

Impervious to trends, Van Noten has gained a loyal following over the years without posting a single ad in a fashion magazine. And as any such designer, being outside of the fashion game can reap its benefits. In today’s world of fashion cool, dominated by the black-clad show attendees, his colorful clothes take on an unexpected freshness. “I think I can proudly say that we have a loyal audience all over the world,” said Van Noten. “People stay attached to our clothes. They don’t wear them only once or twice, but continuously, combining the old with the new, which is the way I see fashion.”