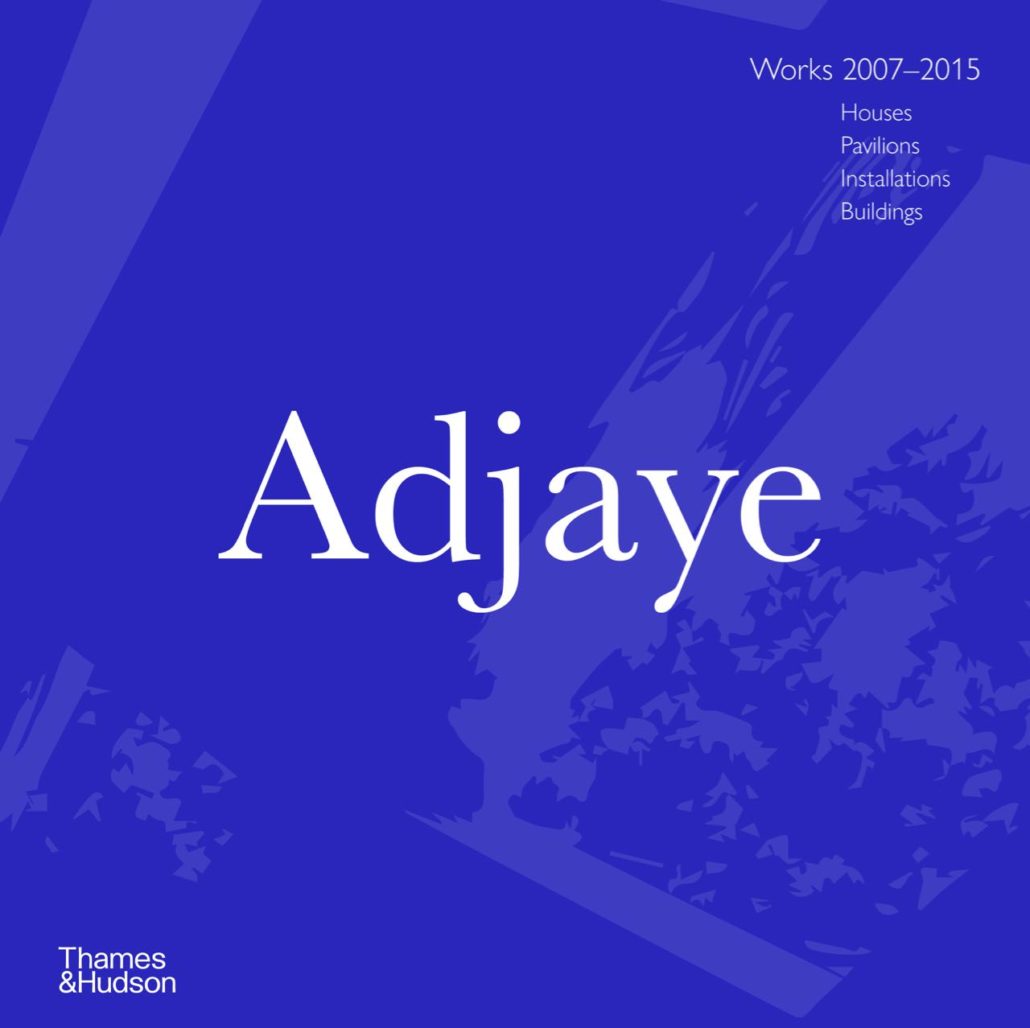 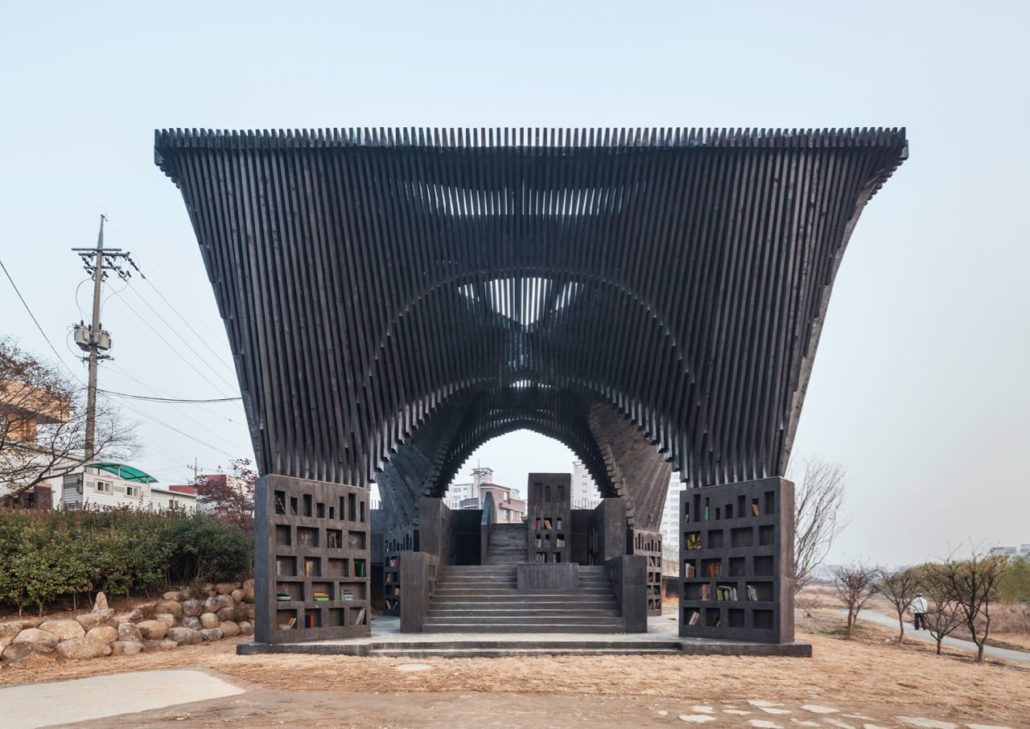 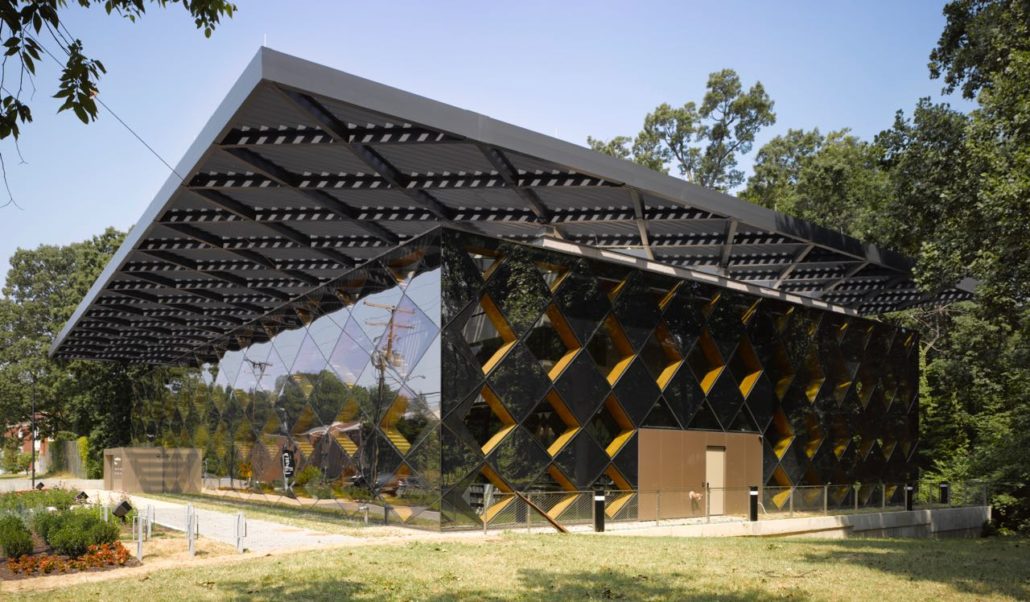 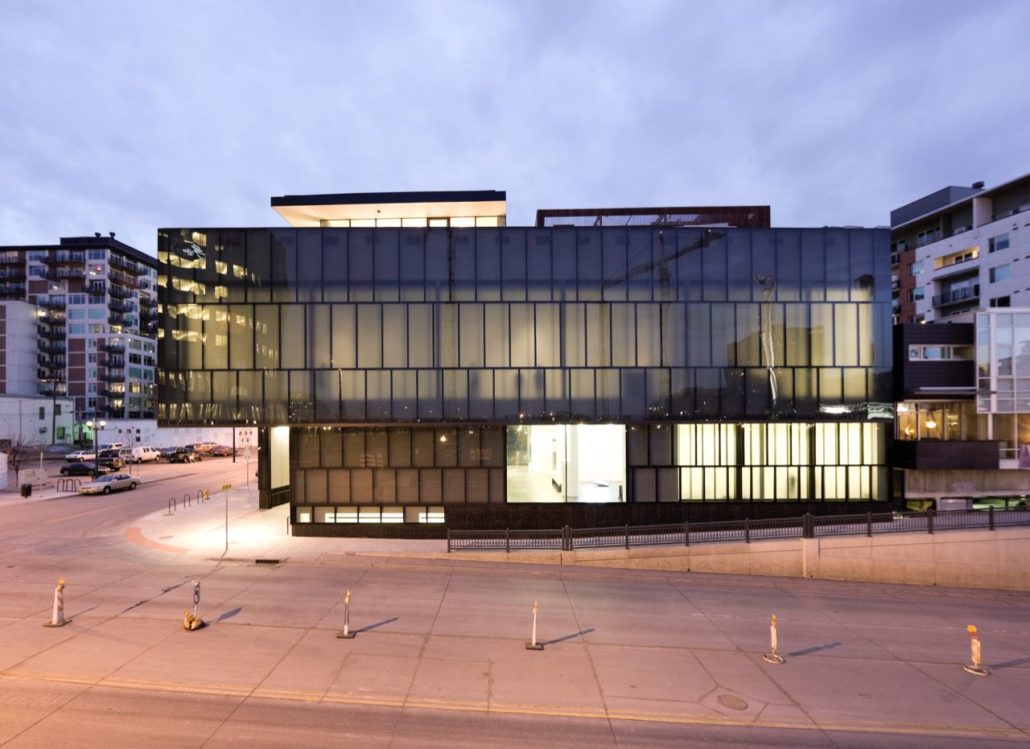 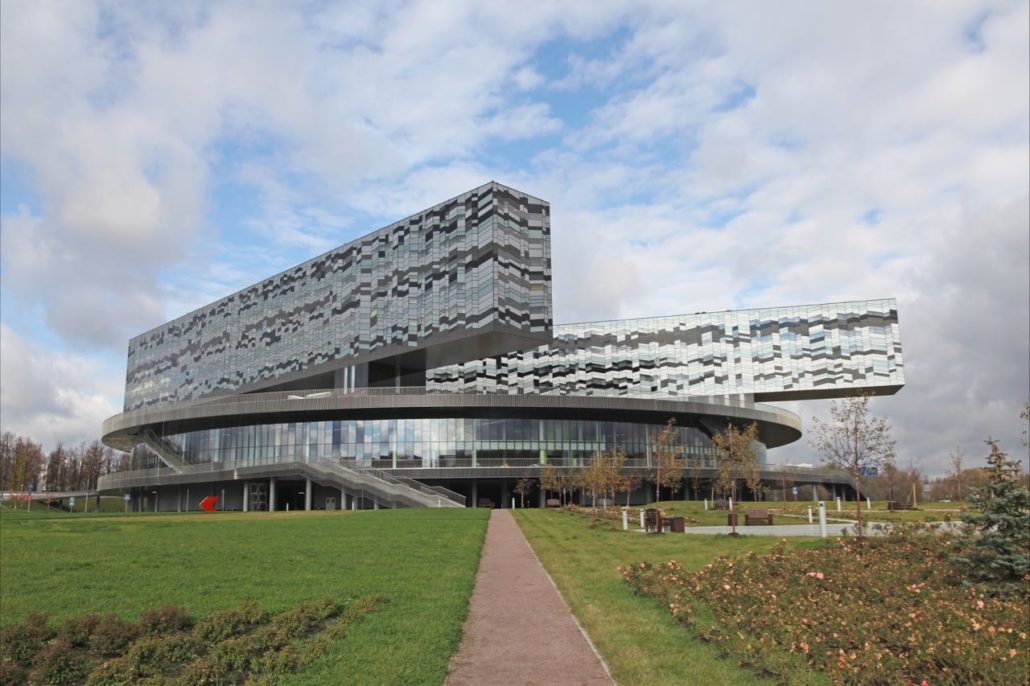 On my many visits to London I would inevitably come by my friend’s office in Rivington Place in Shoreditch. Next door to it was a new building whose dark gray façade demanded my attention each time I walked by. I couldn’t quite put my finger on what attracted me to it – it wasn’t exactly conventionally pretty, nor was it, clearly, an unconsidered pile of building material thrown together to maximize profit. I am very much into things that I come to like by doing a double take, things that don’t expose themselves to you immediately, but require deliberate consideration. Such was the case with this building, designed by a Ghanian-British architect David Adjaye. It took me a while to realize what I liked about the building – there was an irregular regularity to it – it makes no sense when you read the words, but you’ll understand what I’m talking about when you see the building.

Adjaye was known in London quite early on in his career – his anthracite, brutalist-tinged creations that highlighted their materiality and geometry had a distinct voice. But it took him longer to find his rightful place in the canon of contemporary architecture. His work has been documented in Thames & Hudson books “Works: 1995 – 2007” and “Works: 2007 – 2015.” The latter one is being released tomorrow, though we absolutely recommend getting the pair.

On the intimate side of the scale the book highlights art gallery installations and pavilions, of which the most impressive is probably the River Reading Room in Gwangju, South Korea. Commissioned by the Gwangju Biennale, the pavilion with arched entrances and roughly hewn book shelves give an eerie feeling, a sense of discomfort appropriate to the commission to create something commemorating the democratic uprising of 1980 that was started by students. It reminds us that ideas have power and that ideas worth rising up for often come from books.

On that note, the other projects highlighted in the book include two public libraries in Washington, D.C. That a world-famous architect was given a commission to build libraries in a country that is hell-bent on not reading and where public libraries are an endangered species that often look grubby and unwelcoming seems like a miracle.

Also akin to a miracle is the public housing project Adjaye completed in Harlem’s Sugar Hill in 2015, and one on which the book rightly ends. That public housing in one of the most disadvantaged neighborhoods in New York was built at all is one thing, that one was built with anything but basic practicality in mind is another. There is a sense of purpose in that building that is hard to escape, and I highly recommend trekking to Harlem to see it.

The book also features Adjaye’s first public project in the US, Museum of Contemporary Art in Denver (and also a house next door he built for a local art collector), though it does not look nearly as impressive and monumental as the jaw-dropping cantilevered pile that is the Moscow School of Management, completed in 2010.

Though the book does not shy away from highlighting commercial projects like the Madison Avenue Proenza Schouler shop (sadly, since shuttered), and one for Roksanda Ilinic’s store in Mount Street, my favorite street in London, it is evident, especially from the preface written by the architect, that Adjaye is more drawn to public projects. In an architectural landscape where the most well-funded projects go to the rich, this is a welcome stance.

The open-hearted preface that Adjae penned is short and to the point. The highfalutin text by Ila Berman from University of Virginia that follows it is anything but. It is academic writing of the worst sort – full of jargon and pomp, the kind of ivory tower self-importance and self-justification that is superfluous and unnecessary when one can simply look at Adjaye’s brilliant work. Crushed by its mind-numbing verbiage I did not last until the end, but if you are interested in phrases such as “the Eurocentricity of the columns and capitals,” be my guest.

But let’s face it – you are probably here for the pictures. And they abound, and so do the technical drawings that will arrest your attention if you can get through them. For someone who is not well versed in architectural drawings – like me – this will be difficult but also rewarding. You will wonder where the time went, but you will be fulfilled.

All photos courtesy of the publisher.