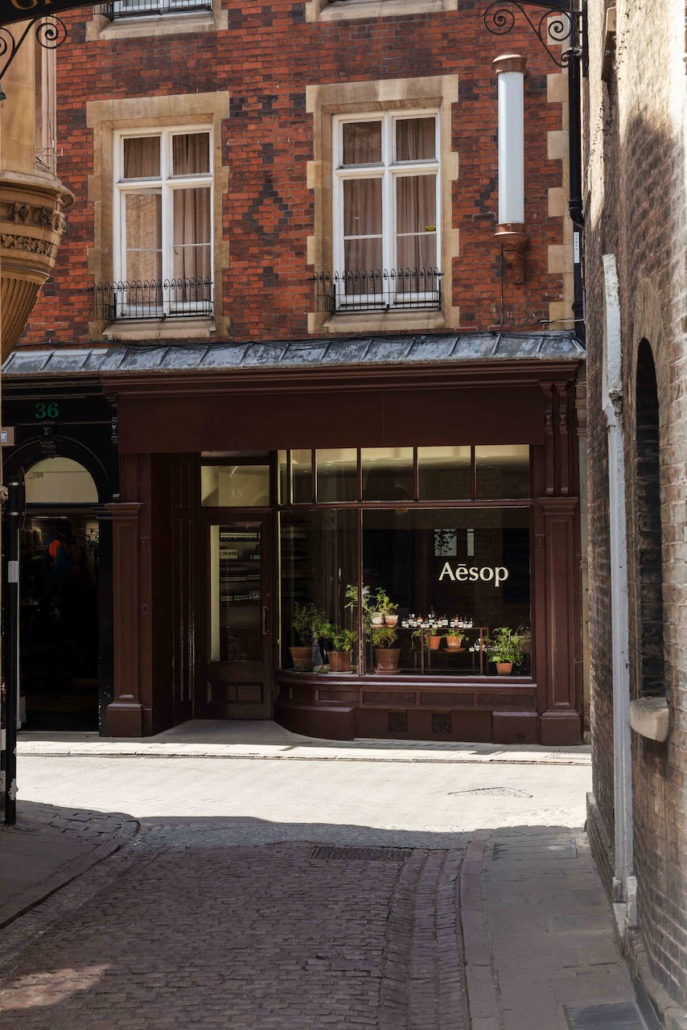 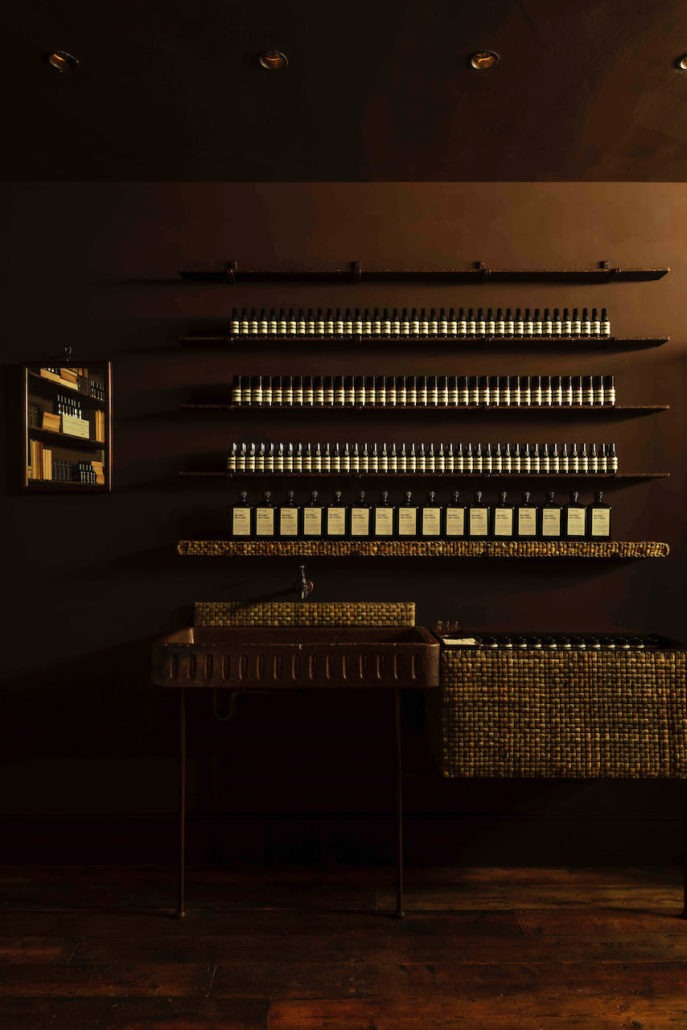 For their new collaboration with Aesop on the brand’s Cambridge store, the English design duo JAMESPLUMB, who have already developed a reputation for using the most seemingly pedestrian materials to magical effect, used bulrush, the wild plant that typically grows on the banks of lakes and rivers. The plant grounds the two-room space both physically and metaphorically, an English answer to the Japanese concept of wabi-sabi, which has perhaps unfairly hogged the spotlight when it comes to matters of finding beauty in earthiness and the aging of organic matter. To that end, JAMESPLUMB commissioned Felicity Irons – one of the last English rush weavers – to create extra long shelves using bulrush. The plant was also used to inlay the display cabinets and the sinks.

To separate the two rooms, JAMESPLUMB created a contrasting atmosphere. The front room is painted a light color, with pelargonium plants lining the front window sill. The back room, is painted a dark color – both hues are also inspired by the bulrush plant. Antique country furniture completes the rustic atmosphere that JAMESPLUMB prizes. “From quite an early stage our projects start to take on a character of their own – when scouting antique shops and markets we can be overheard saying ‘this is very Cambridge’ for example,” say James Russell and Hanna Plumb of JAMESPLUMB. “But its not about a specific era or style, it’s more instinctive than that. When we came across the antique chair which now resides in the back room- we knew we had to have it, slightly sunken from many years of bottoms sinking into it, and honestly faded in all the right places. Its these traces of the human that we hope really bring a project to life.”

And, of course, this being a famous university town, there are books. One is welcome to settle down in that chair and leaf through them. Or at least that’s the idea. 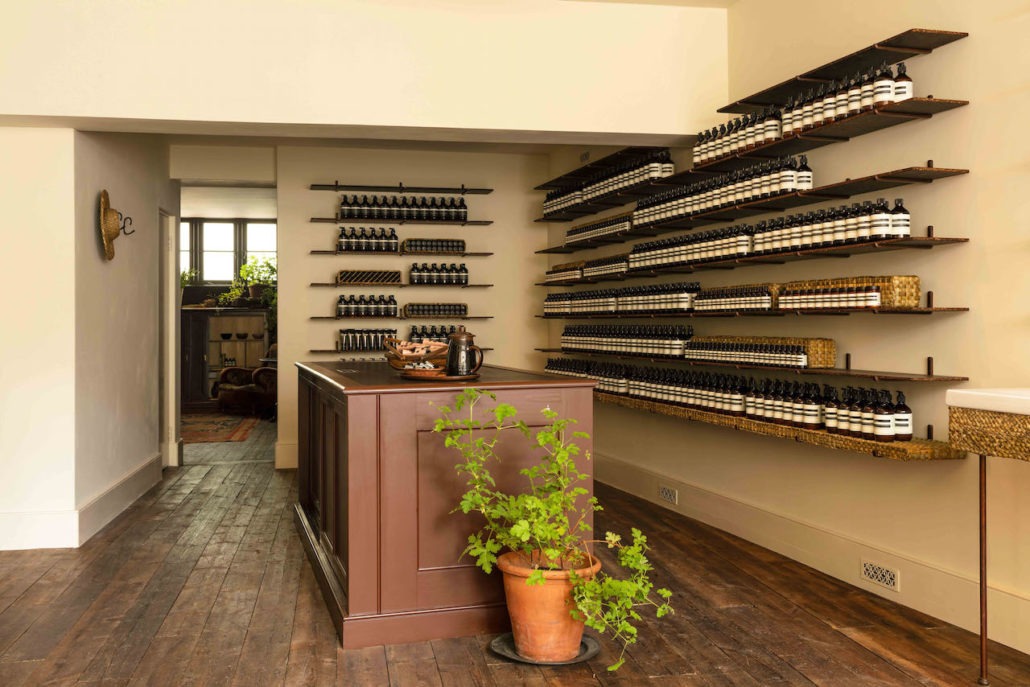 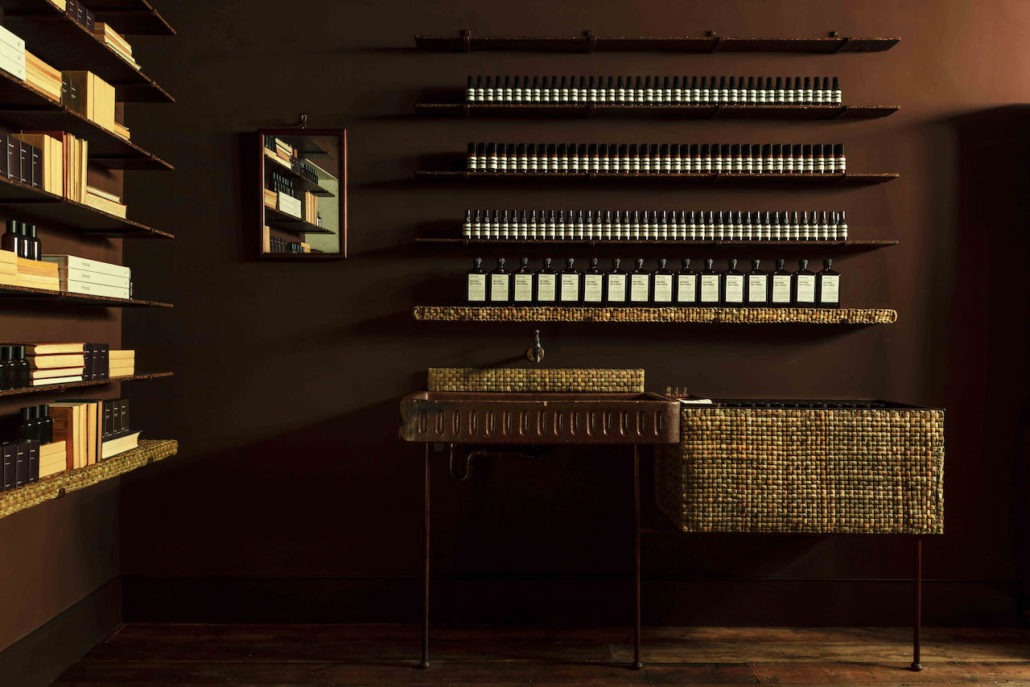 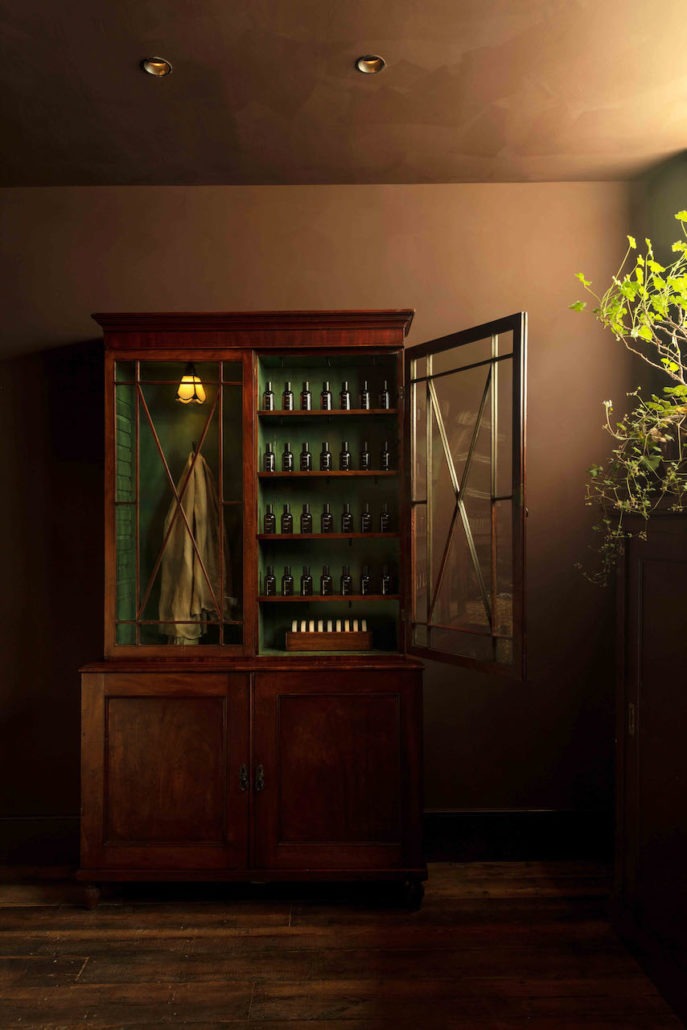 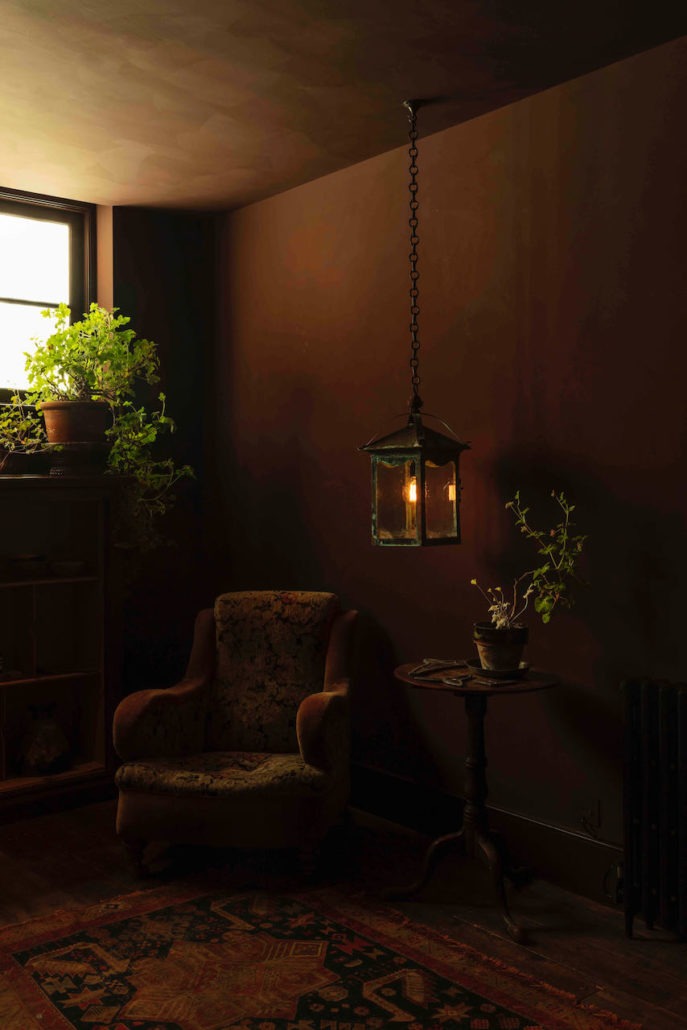 All images courtesy of JAMESPLUMB

Let the Death of Experiential Shopping Be Its Rebirth
Apr 29, 2022
Go to Top