We would like to present to you the KUON Fall / Winter 2021 collection, based on Albert Einstein’s quote, “Learn from yesterday, live for today and hope for tomorrow.”

This line lead the designer Shinichiro Ishibashi to look back, as he usually does, on the past of his native Japan, especially the late Edo period of the 19th Century, but also at the 1920s West, with its gleeful mood of progress in all matters, including those of dress. Ishibashi is good at fusing and modernizing traditional Japanese and Western dress, and this was another mixup with great results, such as a relaxed fit blazer with tuxedo lapels, or a loose gray belted robe coat.

He kept the palette to brown, gray, and indigo blue as a nod to the Edo period dress, but concentrated on mixing and matching their various tones, as a nod to the subtle sense of the rebellion of “just so.”

One of Ishibashi’s signatures is elevating the traditional boro patchwork from its Japanese peasant roots and making it elegantly crisp. The long indigo patchwork coat was a particular standout in this quietly sublime collection. 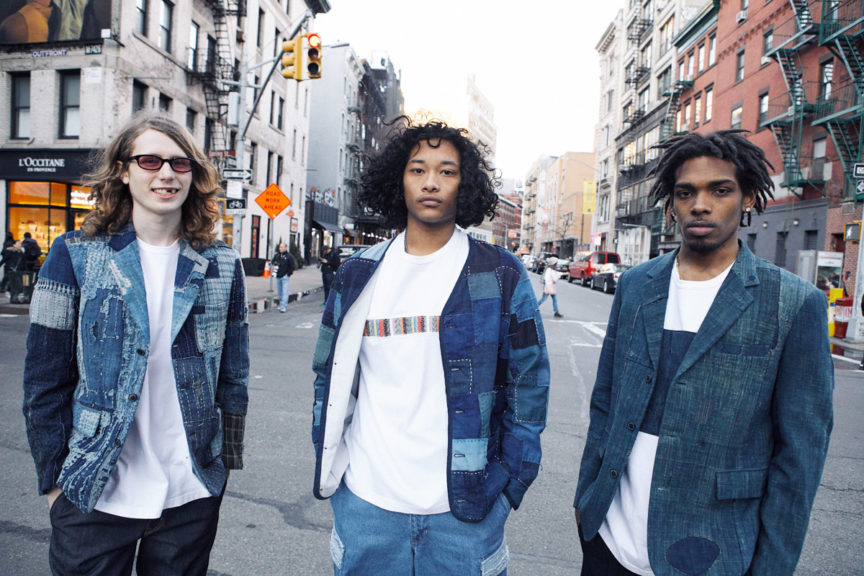 Shinichiro Ishibashi created KUON in 2016 with the mission to address social issues through his design.